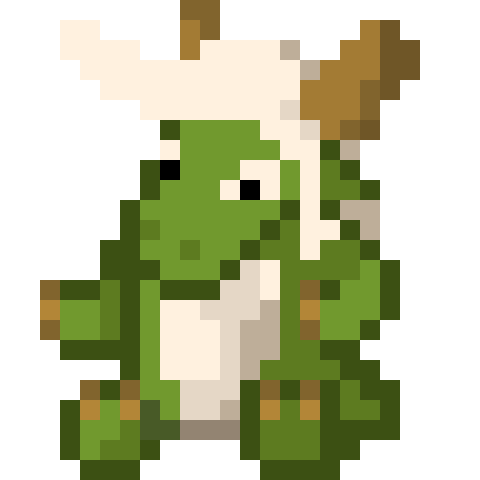 Stack the odds: Battle against the clock!!

This was done for a week-long gamejam! I hadn't made a game for a whole year, so it was good to get back into it. Pretty proud of this one, think we perfectly captured the intended experience of having to master some convoluted JRPG combat system over many failed attempts. Honestly all my friends really came together to make this awesome, and the fact that I didn't get sick of the battle theme after hours and hours of hearing it during debugging says a lot :3. Basically no one played this one compared to other games in the jam, alas, likely as the game was not playable in the browser. Can't get a random article out of nowhere for all my games, now can I?

I made this game with my friends, the boars. I did all the writing & most of the programming, while my friends made art & music assets. We all kinda stopped working on the project after a power outage right near the deadline of the gamejam we were aiming to submit it for made us unable to finish it in time. Months later, I decided to finish the whole thing myself for the Finally Finish Something jam. I think it came out okay. The dialogue system is a nightmarishly clunky mess behind the scenes, but it works. Someone wrote an article about it!

I made this game in about a week for the Hangman Jam. This is the only time that the spirit of a game jam infected my soul, I spent 8-14 hours each day working on this nonstop. Never again have I experienced that kind of hyperfocus. This game is actually good compared to most of my games because I had my friends playtest it & they gave VERY constructive critique <3. I had no plan going into this game, I just started making random assets and then afterwards messed around with them until a game emerged. Someone wrote an article about it!

This game ended up far more difficult than it was supposed to be, because I had no one playtest it, and became an expert at the controls without realizing it. I can finish the game in 15 minutes or so, but all my friends that have actually finished it took around an hour. Other than that, I think it came out pretty great. I vowed to finish this before I left to study abroad, so the night before my flight, I spent most of my time working on Balk. The original idea would've involved Balk absorbing enemies into a hivemind, or something weird like that. My bf did most of the art.

My first game. Well, the first game I made all by myself. The frog model (wyatt) was my ex's first attempt at 3D modeling. The gif of it eating pepsi actually went a little bit viral on Tumblr, which is neat. The game always freezes for 3 seconds in a specific spot, and I still have no idea why. At the end of the game, the pepsi flies up into the air & the camera follows it, and that motif shows up in a bunch of my games. Why? Who knows!